Things you need to understand about the cultural connection to property 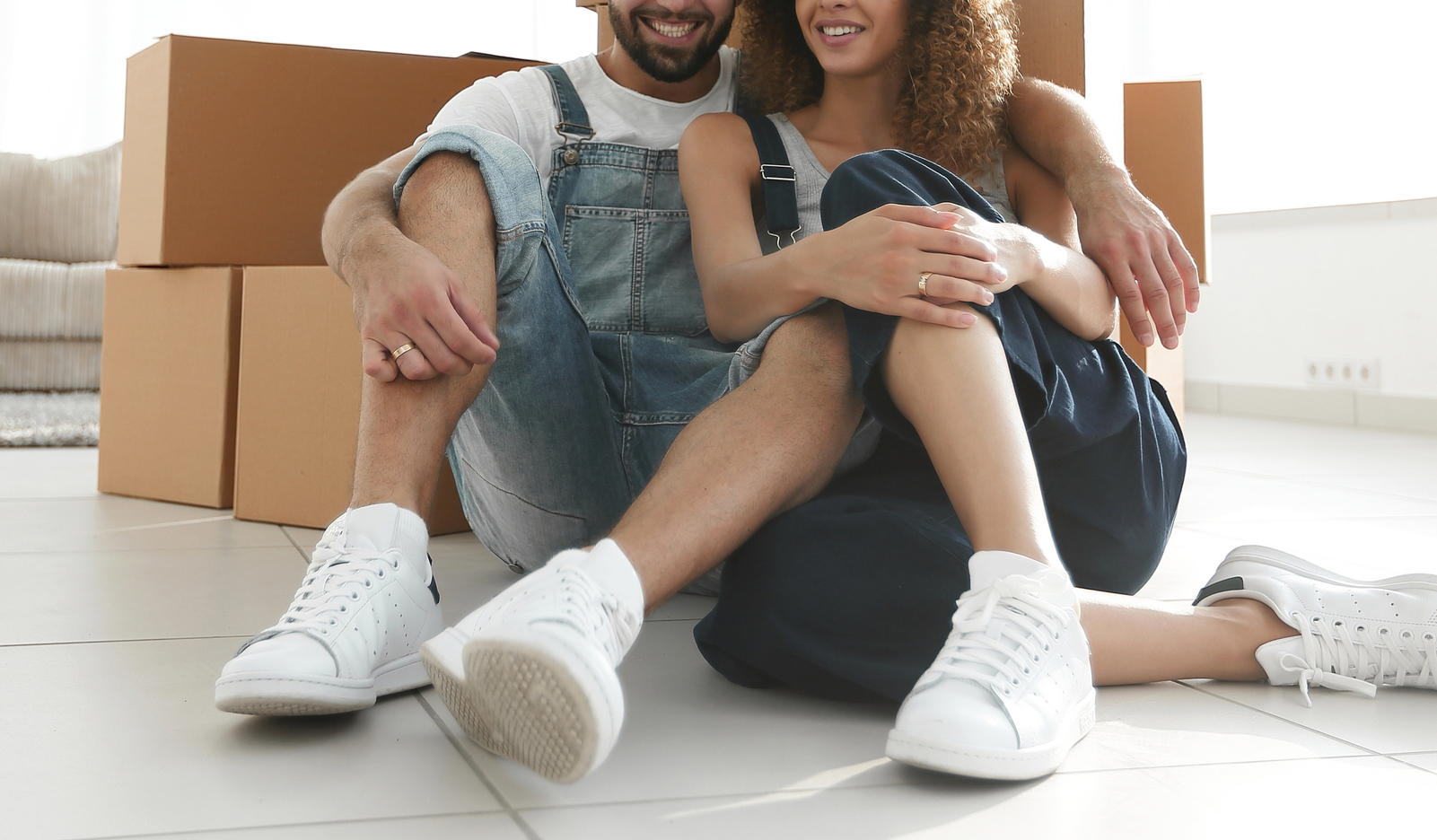 Given Australia’s multicultural community, property investors could benefit from understanding what appeals to property buyers from different cultures – and what doesn’t.

Did you know many Chinese buyers won’t buy a property that has the number four as its street address?

Or that privacy is a major concern for Russian buyers?

Or that South Africans have security front of mind? 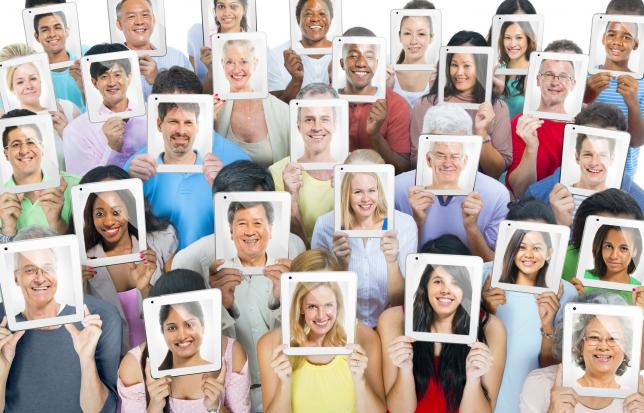 Australia’s population is booming and the demographic changes are reshaping the property market.

A fresh wave of migrants is hungry for Australian property, many of them with considerable personal wealth.

Developers and real estate agents are increasingly marketing their products to overseas buyers and intending migrants.

Investors who want to follow suit and have their properties appeal to this growing market need to understand what different cultures look for when they’re buying property.

There are no hard and fast rules about what property characteristics will appeal to people of a given cultural background or nationality.

But there are some generalities that will apply to a significant proportion of people from a given ethnic group, and it’s worth having at least a passing knowledge of what they are, not to mention knowing what will turn those buyers off. 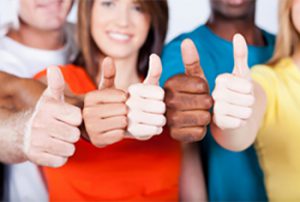 Australia’s recent migration figures show that for the first time China has overtaken the traditional largest sources of migrants, New Zealand and the United Kingdom.

In the four months to October 2009, Australia attracted 6350 new settlers from mainland china, more than the 5800 who came from the United Kingdom and the 4740 who came from New Zealand.

Despite the global financial crisis, many overseas buyers still have an appetite for properties in higher price brackets, Wood says, especially as recent changes to Australia’s foreign investment rules allow foreign students to buy properties at any price point, thus opening up the top end of the market, with parents buying multi-million dollar homes while their children are in Australia.

What Appeals To all Comers?

Some property attributes are in almost universal demand.

Gold Coast prestige agent Lucy Cole says no matter the cultural background of the buyers, quality and location are the biggest concerns. Wood agrees, adding that price point is also front of mind 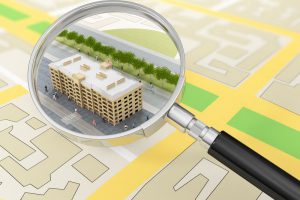 “Security’s also a big issue and basically a fair and reasonable quality of development,” Wood notes.

“Most (overseas buyers) are experienced property buyers, they do look for input from (people with) local knowledge, whether that’s a relative or an agent that may have been referred to them by someone else.”

Barry Jan from BCI International Consulting runs exhibitions marketing Australian property in China and says Australia’s economy is seen as attractive, alongside the security of tenure when people buy property.

“The business side of it is they look at Australia as economically very safe. They know that if they invest in Australia in a block of land or house and land or whatever it may be, that they’re going to get a certain amount of capital growth and things aren’t going to change here and they can’t lose their property.”

New property is also generally favoured, especially for foreign buyers as opposed to those who are in Australia but have cultural ties overseas.

This is due to Australia’s foreign investment rules, which largely limit foreigners to purchasing newly constructed property.

Chinese have overtaken British and New Zealanders as the largest source of Australian migrants, and Monique Wakelin says the influence of Chinese customers and culture is even more widespread than those coming directly from mainland China.

“When you include the ethnic Chinese who immigrate from Malaysia, Singapore, Thailand and other parts of Asia, the buying tastes of the world’s largest ethnic group is something property investors should be well versed with,” she says.

Jan says Chinese buyers are active across the board in the Australian market, from cheaper apartments right up to $20 million homes.

“Whether these people have kids wanting to come to Australia to study or if they wish to migrate to Australia on a business visa… we can accommodate them.”

Proximity to transport, shopping and educational facilities are among the most important factors for Chinese buyers, Jan says.

For instance, at the top end of the market in Melbourne, Armadale and Toorak are popular, he says.

“Armadale is more popular for the student population, due to the proximity of the (train) station, trams, shopping and 15 minutes to the city, if they go to RMIT or Melbourne Uni, or five minutes to Monash.”

Chinese buyers have also learned over time that these are good locations for capital growth, Jan notes. 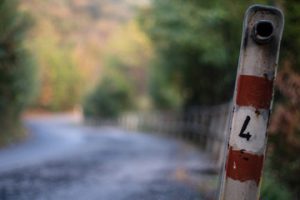 Jan says it’s no myth that Chinese customs have an impact on what properties people will buy.

He himself would never buy a property with a street number of four.

“In Chinese ‘four’ is pronounced ‘say’ and in the Chinese language ‘say’ has two meanings; it can mean four or it can mean death, so Chinese buyers never take four because it means death,” he explains.

“Eight is very lucky because of the fact (the digit) keeps running around, like two circles and they run into each other. It represents luck and long life.”

Jan says some Chinese are more bothered by these numbers than others, with the younger generation tending not to worry about it so much.

He says his own daughter is happy to live in a house with a street number of four, even though he told her not to buy it!

Feng Shui can also have a major bearing on whether Chinese buyers are interested in a property.

“Feng Shui is number one and they’ll even call in a feng shui master if they particularly like a property but they’re unsure, to make sure that all is correct,” says Lucy Cole. 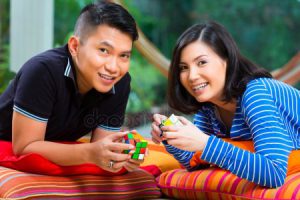 “When we use feng shui we work to enhance the shen (good) qi and deflect or neutralise the sha (negative) qi,” she says.

“The main thing you want to look for in a property is the land forms around the property.”

She adds, “Whenever you’re buying a home, try to find out why the people are leaving. If they’re leaving to go on to bigger and better things, then that’s a pretty good indication they’ve done well financially in that house. If they’re leaving because they’re getting divorced or something like that, usually the bedroom doesn’t have great feng shui – but it could be just a matter of moving the bed to another wall or using elements that help support the energy rather than work against it.”

True feng shui is very individual based on the age of a home and the direction it faces, making it difficult to generalise across the board, Wiggins says.

However, these are a few basics it’s worth understanding (see box below).

Wakelin says implementing the principles of feng shui aren’t likely to turn buyers from other cultures away from your property. 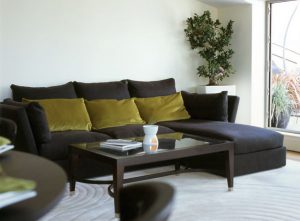 “Feng shui principles sit very well with the Western principles of open space, eliminating obstructions from internal pathways to allow easy progression and the orientation of the building towards natural light,” she says.

“There are some local areas, such as Box Hill in Victoria or Hurstville in New South Wales, where buyers with a Chinese background make up a significant portion of the market. If you’re looking to invest in one of these areas, it would be wise to increase your understanding of feng shui principles.

Jan says there’s massive demand from Chinese buyers for townhouses in Melbourne because of their history of capital growth.

Jan says Chinese buyers are happy to purchase off the plan and sign unseen, although Cole reports that all the Chinese buyers she’s worked with have wanted to inspect the properties themselves, and do a lot of research.

“They do like new, they do like quality, they do like position,” she says. “They’re very particular about feng shui and their culture. They’re very forward thinkers – they think not only about today but in the future how well the property is positioned. They look at returns and things like that….and they want to buy well.” 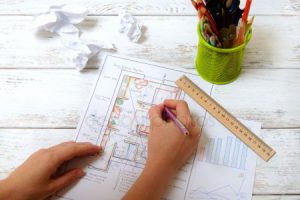 Treasha Lim, managing director of Klear Picture, which helps people in Singapore, Malaysia and Indonesia invest in Australian property, says Asian buyers typically like to buy in areas similar to what they’re familiar with.

“They do have a preference for high density, shopping and transport,” Lim says.

“It’s easier to sell someone in Hong Kong an apartment, for instance, than it is to sell an Australian an apartment, purely because of the fact they’ve grown up in that environment so they’re use to it,” he says. “We’re generally offering them an apartment twice the size of what they grew up in so they think it’s quite luxurious and spacious.”

Editor’s note:  This article was written by Matthew Liddy and initially published in Australian Property Investor Magazine in 2010. It was also published on Property Update with their permission and we’ve republished it now for the benefit of our many new readers.

Apart from our regular team of experts, we frequently publish commentary from guest contributors who are authorities in their field. 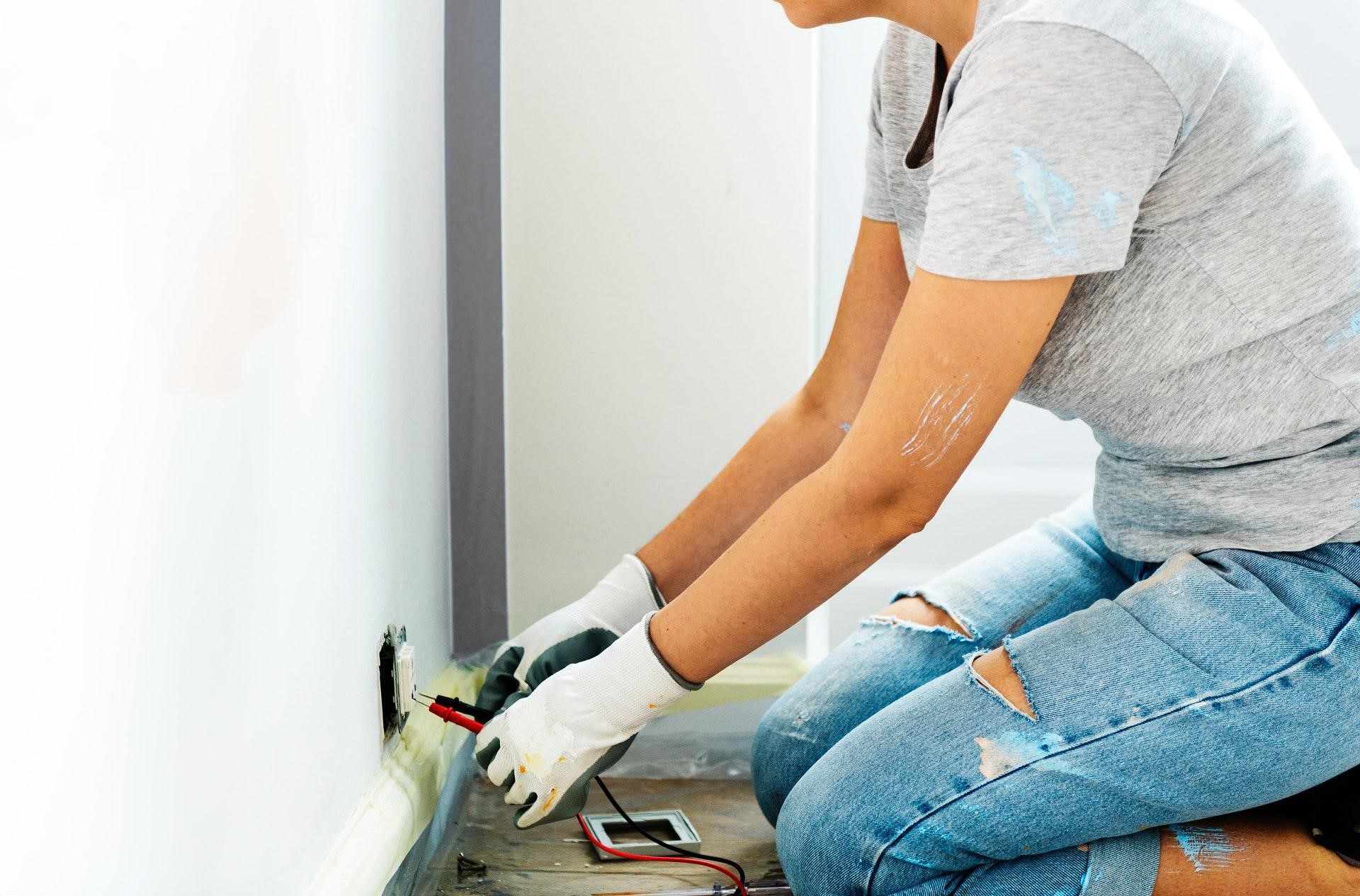 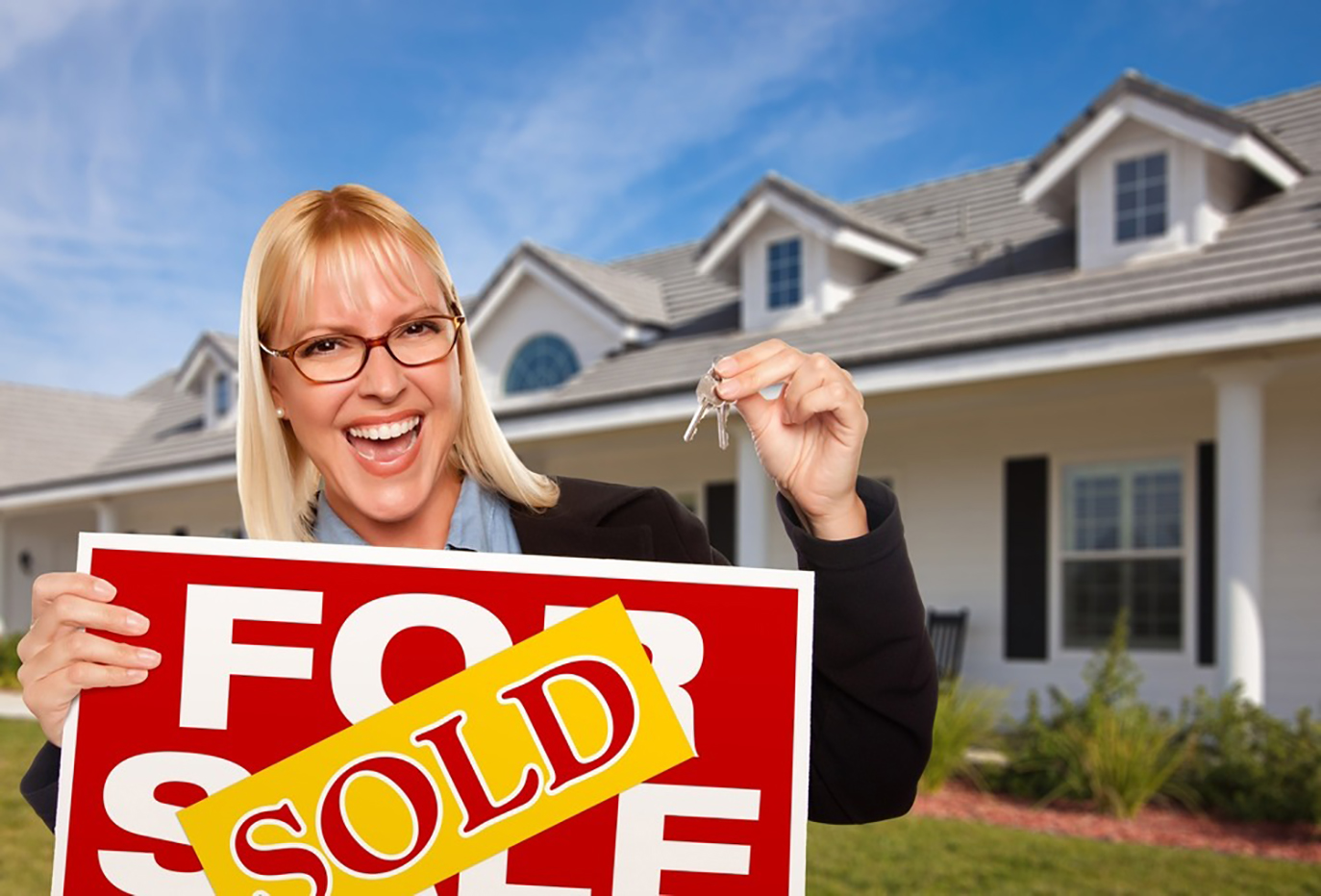 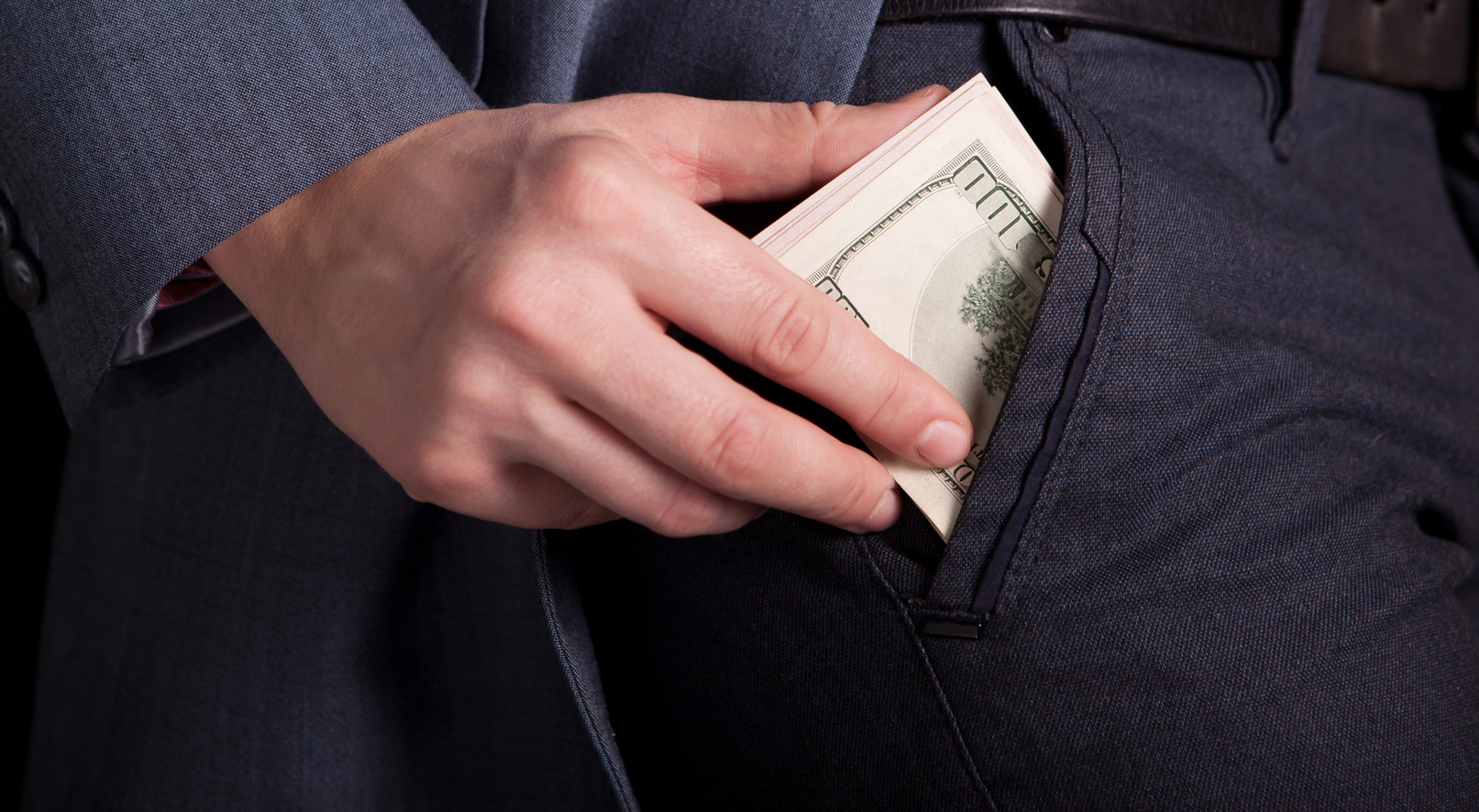 What the Rich Don’t Do With Their Money